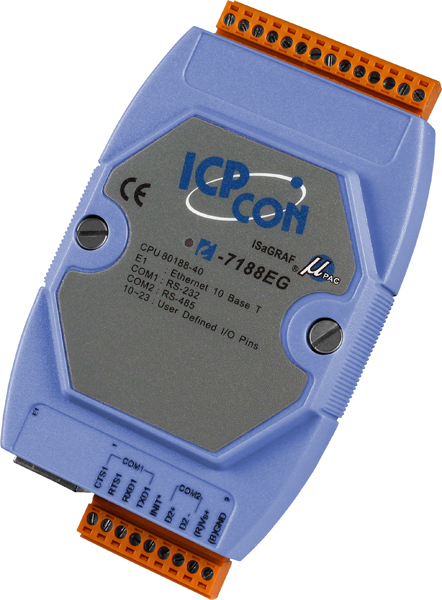 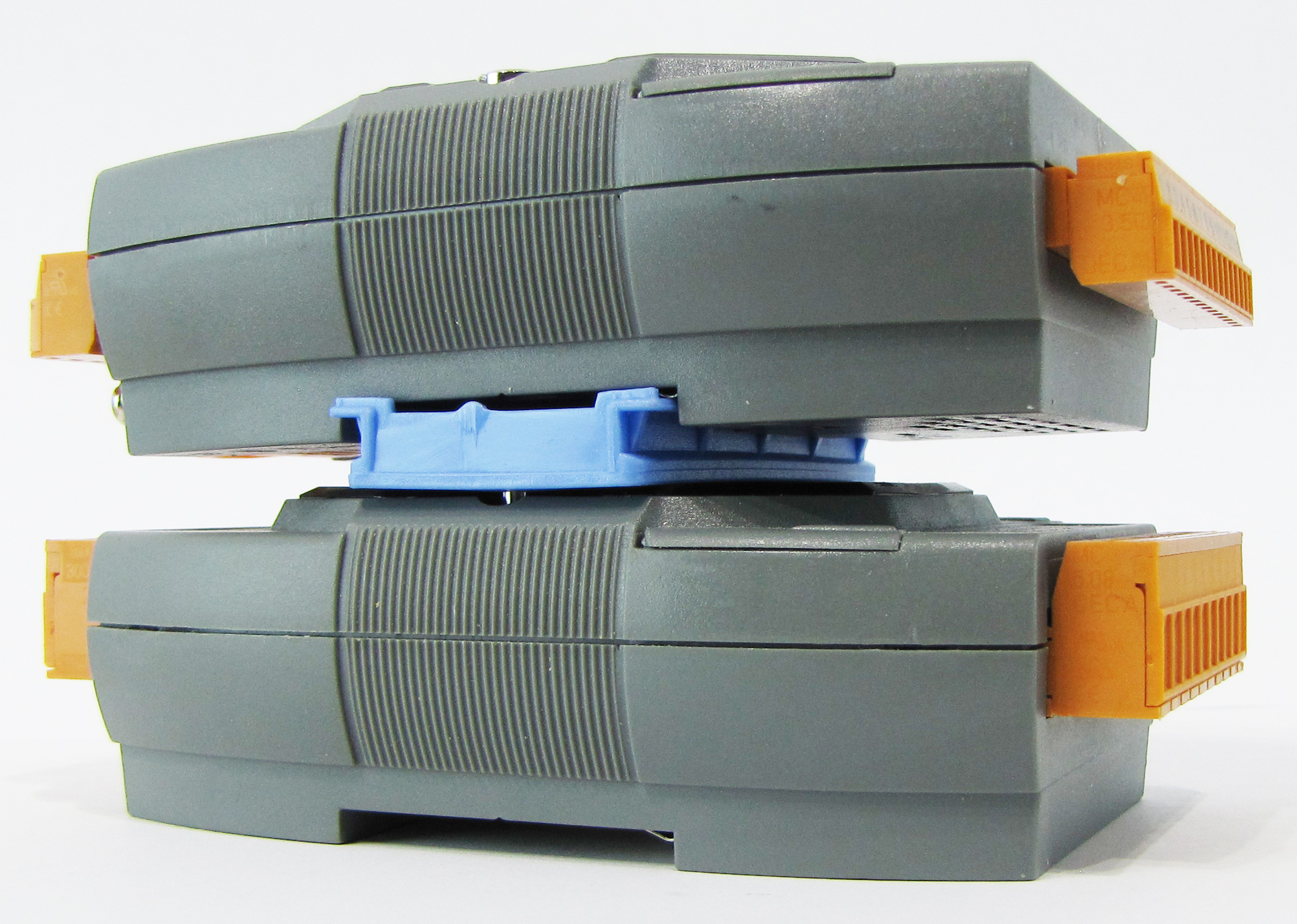 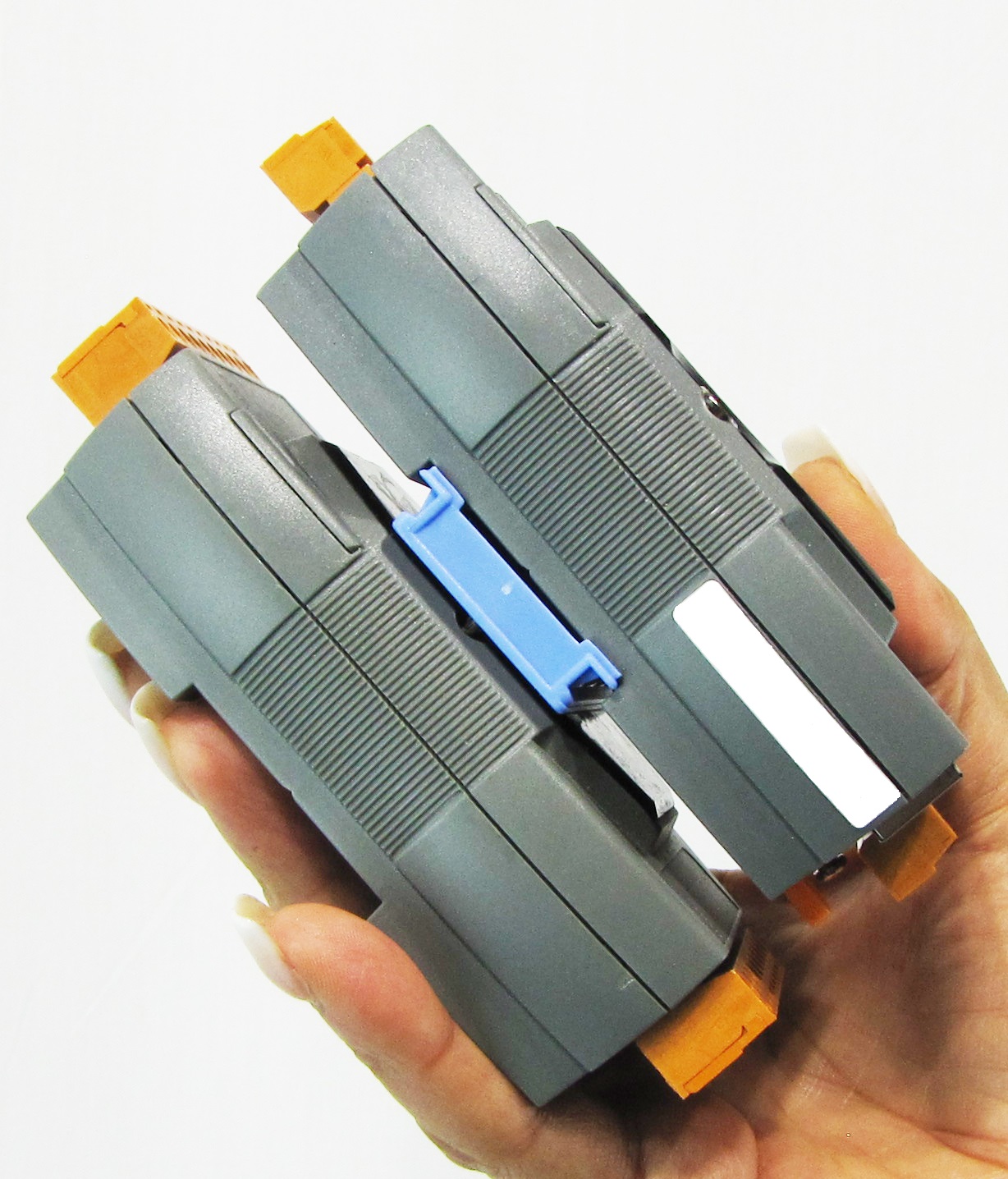 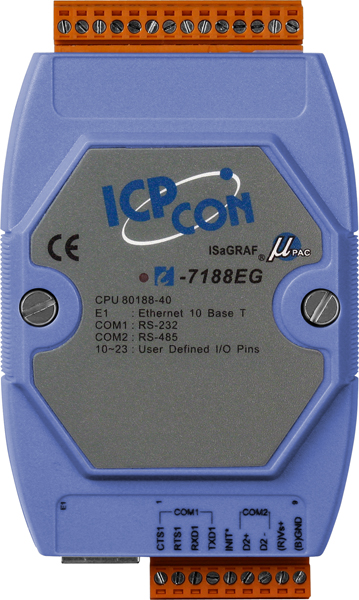 The I-7188EG is an embedded controller and powered by an 80188-40 processor with 512K bytes of static RAM, and 512K bytes of Flash memory. It provides one serial RS-232 port, one RS-485 port and one 10BASE-T port. Each I-7188EG has an Ethernet port and can take your system to the internet world. The I-7188EG also supports an optional battery back-up SRAM expansion board and Flash-Rom board, providing non-volatile mass storage from 2 megabytes to 64 megabytes.

Linking To An MMI Interface Device
The COM1 (RS-232) port of the I-7188EG controller can be used to interface with additional Man Machine Interface (MMI) devices such as touch screen displays. ICP DAS provides a full line of touch screen displays, such as the "Touch" series screens. The models in the product line include the Touch 506, and the Touch 510 MMI products.

Controller to Controller Data Exchange
Like the I-8437 / 8837 controllers, the I-7188EG can use its Ethernet port to talk to one aother via the Ebus (Ethernet network) software communication mechanism.

Multi-client Connection
Each I-7188EG has an IP address and with a fixed port No. of 502. With Modbus TCP/IP protocol, up to 4 PCs can link to one I-7188EG through Ethernet. With Modbus serial protocol, another PC or MMI can link to the COM1 (RS232) port of the I-7188EG. Therefore, the maximum number of clients that can be linked is 5.

MMICON: ICP DAS's Man Machine Interface
The I-8417/8817/8437/8837 & I-7188EG/XG support the ICP DAS's MMICON to become their Man Machine Interface. The MMICON is featured with a 240 x 64 dot LCD and a 4 x 4 Keyboard. User can use it to display picture, string, integer, float, and input a character, string, integer and float. All control logic is written in ISaGRAF program.